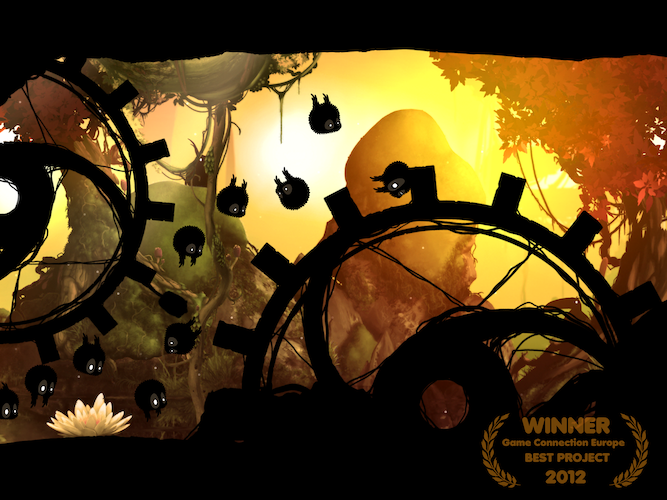 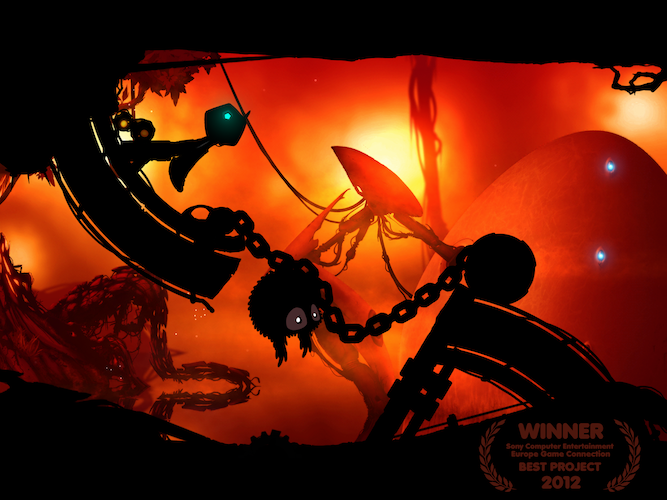 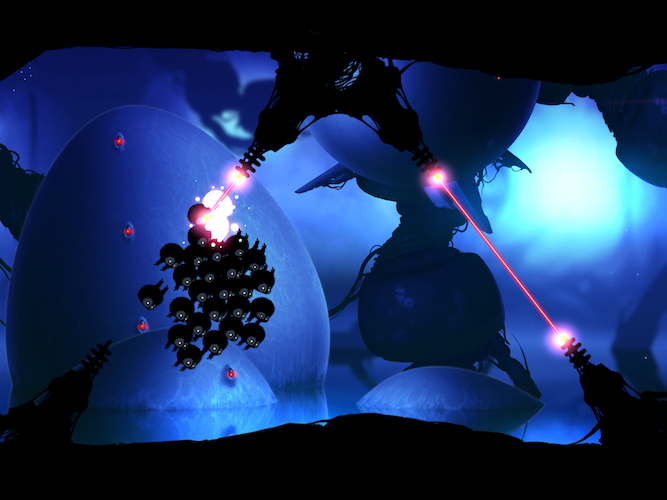 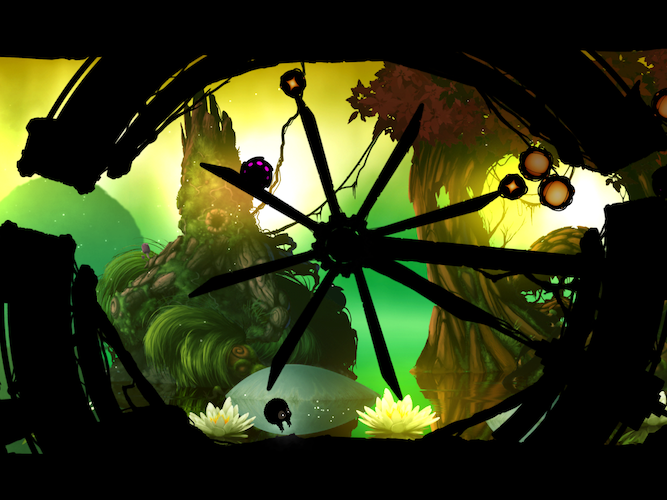 BADLAND is an award-winning atmospheric side-scrolling action adventure platformer set in a gorgeous forest full of various inhabitants, trees and flowers. Although the forest appears to be right out of a beautiful fairy tale, there’s something terribly wrong. The player controls one of the forest dwellers to find out what’s going on, and discovers an astonishing number of imaginative traps and obstacles on the way. BADLAND takes side-scrollers to the next level with its innovative physics-based gameplay combined with stunning, atmospheric graphics and audio. BADLAND also features a highly original local multiplayer mode for up to four players on the same device, where the name of the game is survival of the fittest with no rules. It’s totally OK to push your rivals in front of spinning circular saws to survive. Or, if that's too rough for you, you can also cooperate with your friends and play the modified single player campaign with up to four players. - SINGLE PLAYER campaign with 100 truly unique levels and more coming in updates - MULTIPLAYER mode for up to four players on the same device in 23 levels and more content in future updates - COOPERATIVE mode for up to four players * Survive the modified single player campaign with your friends - LEVEL EDITOR: Create levels, share & play! * Start from scratch or modify the official levels - LEVEL WORLD: New levels to play all the time - Intuitive one-touch controls combined with innovative level design * Also with full support for game controllers - Highly immersive audio-visual gaming experience - Designed for Android phones, tablets and Android TV - Supports Cloud Save and Immersive mode - More levels and content coming in updates Now featured on NVIDIA TegraZone. Plays great with full controller support on NVIDIA SHIELD Portable and SHIELD Tablet, and Android TV. More than 30 MILLION players and counting! 5/5 - AppSmile 4/4 - Slide to Play 5/5 - AppSpy 9.2/10 - Multiplayer.it 9/10 - Destructoid 4.5/5 - TouchArcade "BADLAND is one of the most beautiful games on Android and one of the must download games of 2013." -- Android Authority “BADLAND is a standout game that we can’t stop playing.” -- AppSmile “BADLAND’s unique gameplay and atmosphere make it a must-download.” -- Slide to Play “BADLAND doesn’t simply look pretty, it’s an absolute treat to play” -- AppSpy “A hallmark of excellence.” -- Destructoid WINNER of Nordic Indie Sensation Award in Nordic Game 2013 WINNER of Best Project in Game Connection Europe 2012 WINNER of SCEE Award in Game Connection Europe 2012 Selected Indie Game in PAX 10 2013

Download the club app with all great games to play BADLAND.