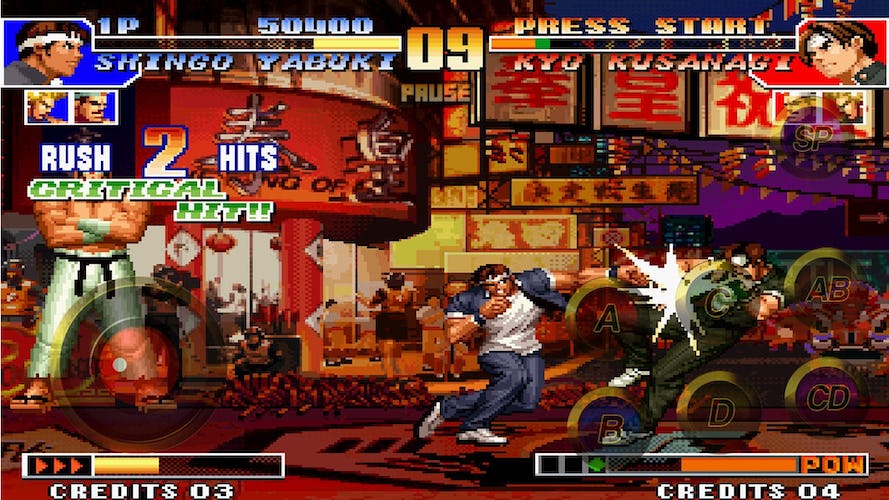 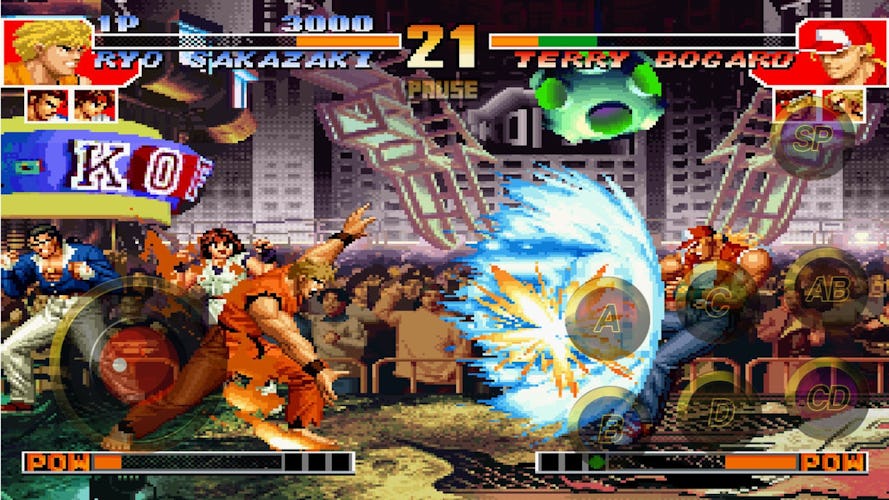 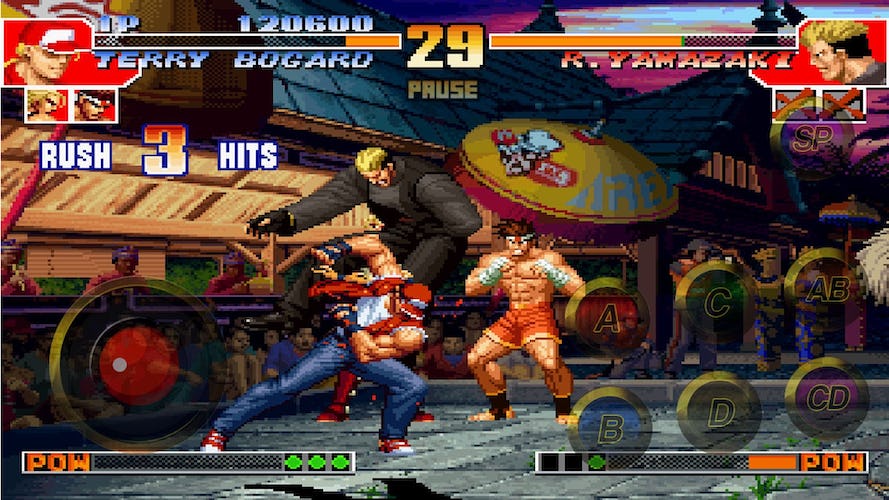 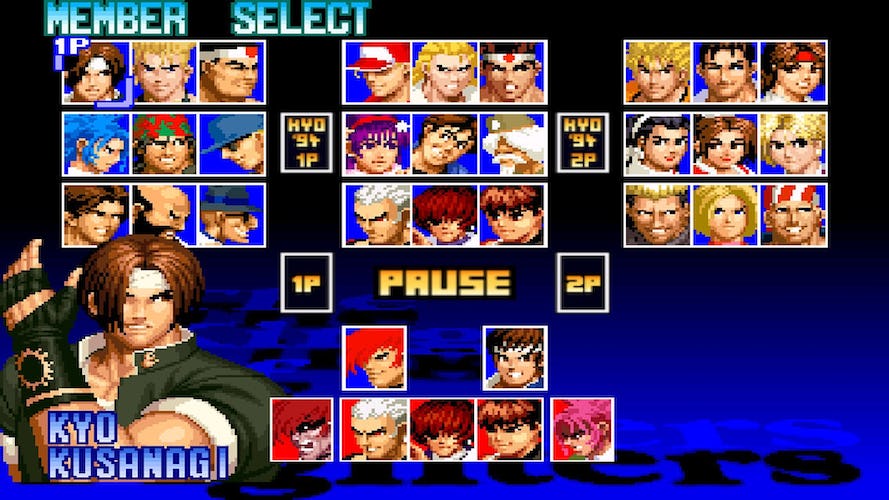 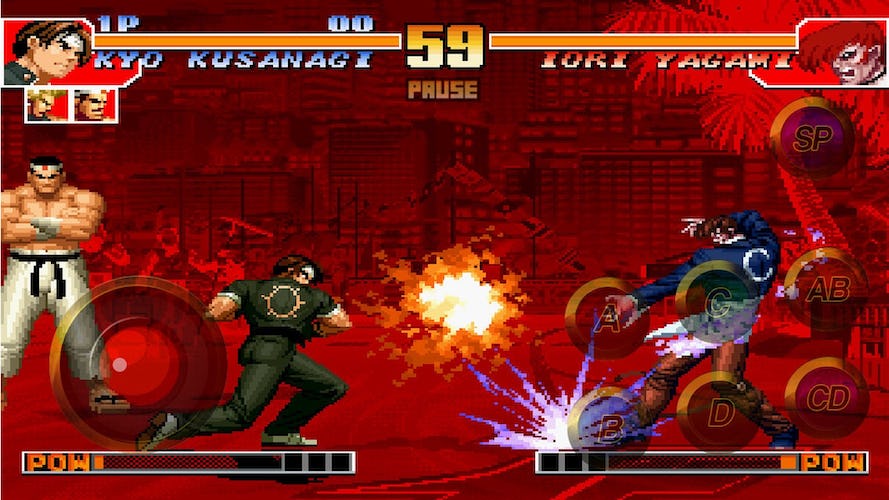 Become the new challenger in the all-time classic THE KING OF FIGHTERS '97 on Android! Revisit this fighting gem, by playing one of its legendary (and sometimes hidden) teams, and behold the numerous endings the game has to offer! Put an end to the evil Orochi's resurrection scheme, and finally settle the score between Kyo Kusanagi and Iori Yagami! Features: ■35 playable characters! Play as SNK's iconic fighters such as Kyo Kusanagi and Terry Bogard, and try to master the infamous "New Face Team" or the "KOF '97 Special Team"! The NEO GEO version's hidden characters are now available directly on the character select screen so you can easily crush your opponent using Orochi Iori or Orochi Leona! Experience for the first time in the series the "Affinity System", and to select the members of your team according to their affinity, and enjoy their pre-match interactions! ■2 modes to improve the game's depth! KOF '97 uses 2 differents gameplay modes: EXTRA and ADVANCED! Master the system that fits you the best and burn your rivals down! ADVANCED MODE: Various jumps for different ways to bring the pain to your enemy! A must if you think offense is the best defense! You can stock your Power gauges to enter in MAX mode or to unleash deadly Desperation Moves! Depending on your characters' affinity, get extra Power gauges even after losing a round! EXTRA MODE: Use the Evade move wisely as you are being rushed and send your opponent flying! Fill your Power gauge to automatically enter Power Max mode for a set amount of time! As you are close to exhaustion, your health bar will turn red and blink, then you will be able to unleash your Desperation Moves to your heart's content, as long as you are the last one standing! ■A NEOGEO Perfect Port with added features! You have the possibility to play the game as it was intended back in the days with 4 buttons, or you can enjoy the new control scheme using the 6 buttons settings and the simplified special move with the help of the SP button!

Play The King Of Fighters 97

Download the club app with all great games to play The King Of Fighters 97.